Call it a design industry Christmas in June.

The biggest event before every winter’s North American International Auto Show is the MAIN Event, a celebration of automotive design and innovation. The event showcases excellence in automotive design, both from industry professionals and students, as well as the latest in Michigan fashion design.

Just to keep people interested and engaged, there’s also a Summer MAIN Event, held at Lawrence Technological University in Southfield, that attracted a large crowd of automotive designers and design students last week – and which ended with the latest in fashions from some of the Detroit area’s top young clothing designers.

Keith Nagara, chairman of the MAIN Event and director of LTU’s Transportation Design program, opened the event with a description of that program, noting that it was unique among design schools in its integration of advanced technology, software and engineering skills.

A series of design presentations and panel discussions followed.

Michael Smith, Ford Motor Co.’s design recruiting and talent manager, said the auto industry will now have to start priming student designers for a future in which the relationship between automobiles and travelers will be far different than it is today.

Kelly Deines, principal and creative director at Rossetti Design, described the company’s historic redesign of Daytona Motor Speedway in Florida. The redesign emphasized the lines and materials of racing cars, creating a sensation of speed in objects at rest.

Lawrence Tech alumnus Jeff Summers, BSTD’16, showed off his work as an award-winning designer of a luxury yacht as an intern with Sea Level Yachts in The Netherlands.

The presentations ended with a panel discussion of design experts. Jeevak Badve, vice president of strategic growth at SundbergFerar, a product design firm in Walled Lake, admonished attendees to make products that were “persuasive… beautiful and meaningful.” Jason Diehl, design manager of advanced user experience at General Motors, gave a long laundry list of the features he’d like to see in an autonomous vehicle. Jason Vazanno, CEO and co-founder at the Detroit software and product development firm Vectorform, pointed out that the new urbanism, resistance to commuting and an anti-ownership lifestyle mean that “autonomous vehicles aren’t the answer, they’re the gateway to what’s next.” He also pointed out that “when we get autonomous vehicles, we get four years of our life back – that’s the amount of time we spend driving during a lifetime.” T.C. Wingrove, product experience manager at Ford, spoke of large societal trends like an aging population, a more heterogeneous society, and greater connectivity – and said the industry needs to plan for both a future of higher energy prices (meaning smaller cars, fewer trips, more mass transit, urbanism) and a continuation of today’s cheap, abundant energy (meaning larger cars, more trips, more air travel and more suburbanization).

The evening ended with a fashion show from three rising Detroit-area designers – Lilacpop, by photographer and designer Janna Coumoundouros of Ferndale, which uses reclaimed industrial and automotive materials in clothing and jewelry; OLIVIANCIO by Olivia Rita Oram of Bloomfield Hills, who designed Venus Williams’ outfit a the 2010 US Open when the Oram was just 20 years old; and swimwear, a line called Sol Lusso by Irina Howard of West Bloomfield Township. 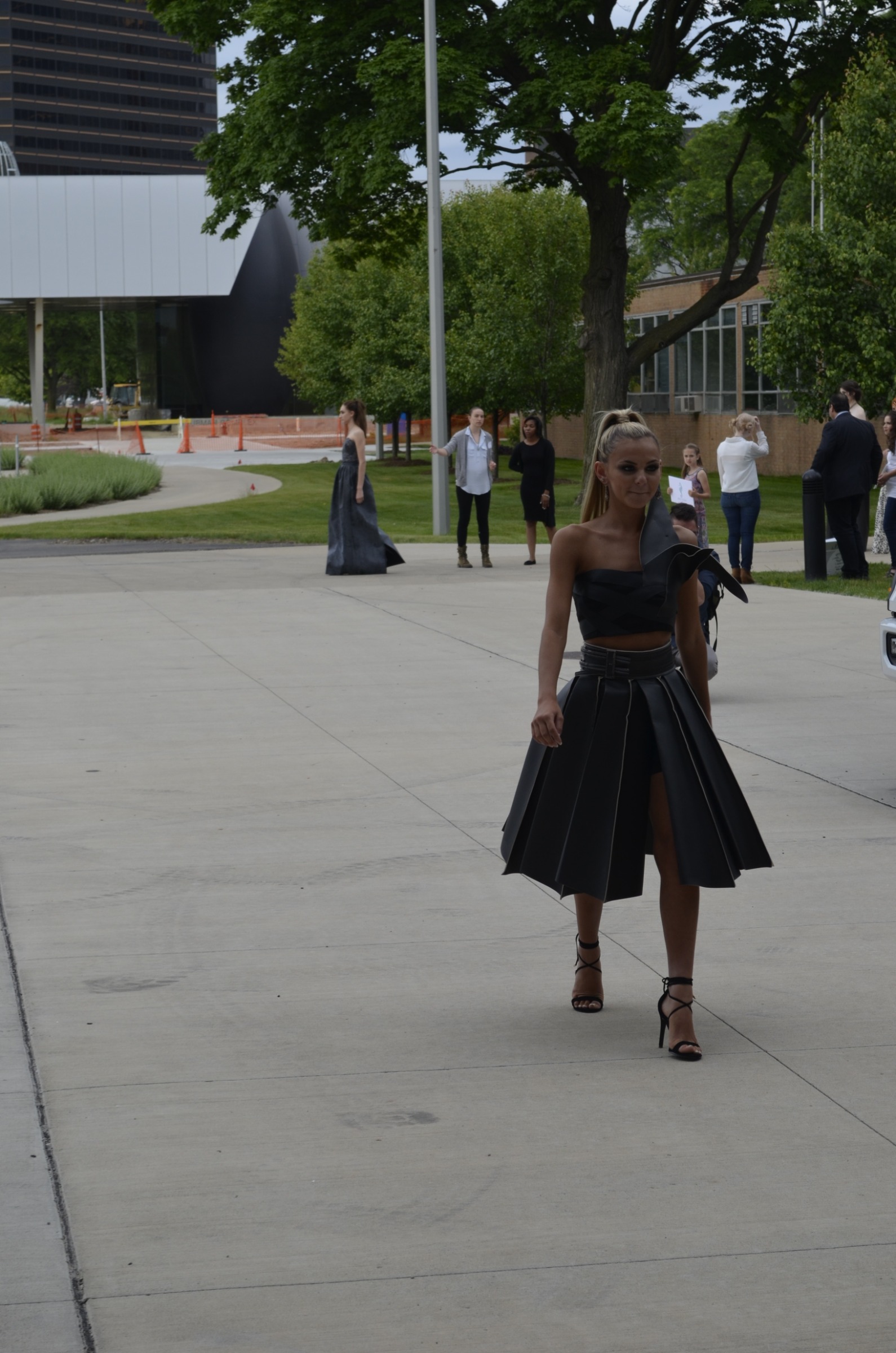 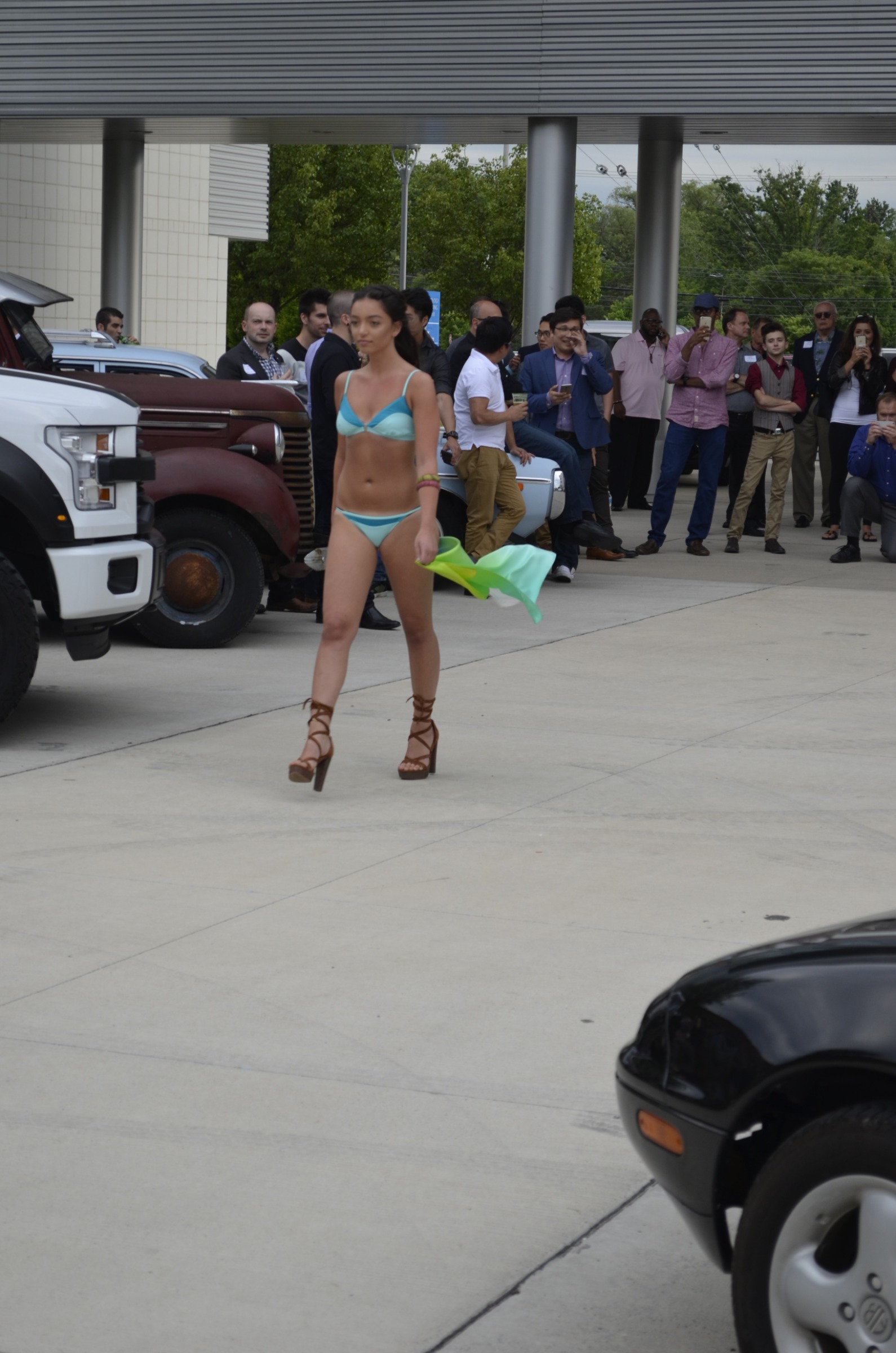