Sara Pozzi, professor of nuclear engineering and radiological sciences and professor of physics at the University of Michigan, said the Consortium for Verification Technology has won a five-year extension of its work out to 2024.

The consortium, of which she is founding director, consists of 12 universities and nine national laboratories—and is about to expand—working together to develop new technologies for nuclear treaty verification.

“There are still many things we don’t know about fission,” she told the LTU audience of about 125.

Included in the CVT’s work are detectors of anti-neutrinos, which can travel hundreds of miles from a nuclear explosion, and devices that detect differences in the behavior of neutrons emitted by weapons-grade nuclear material, nuclear fuel, and natural sources. The CVT is also working on augmented reality goggles that produce a glow at the location of a nuclear material hotspot.

She also said the latest nuclear power, North Korea, has progressed from its first test—a “fizzle” that produced an explosion equal to “only” about 700 tons of TNT—to its latest test, in 2017, which was estimated at up to 250,000 tons of TNT, and caused substantial damage to its mountain test site. 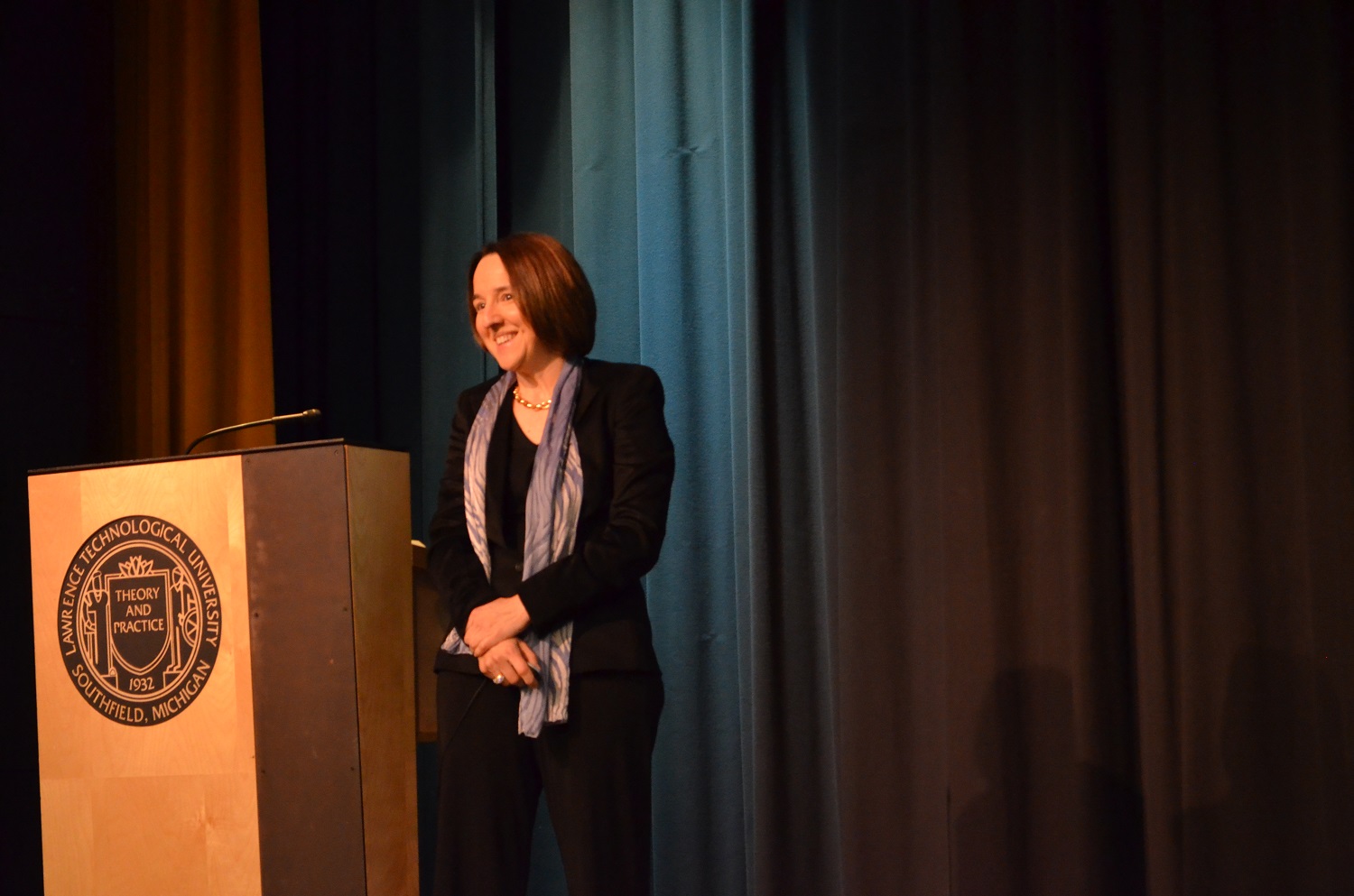 She noted that nuclear nonproliferation has played an important role in preventing the spread of nuclear weapons beyond the eight countries that now possess them, and that safeguards will require continuing international cooperation. She said that despite political tensions, scientists in different countries can still cooperate on nonproliferation “because they have a common language,” science—although she acknowledged that tensions between the United States and Russia are rising again.

LTU President Virinder Moudgil also spoke of the fear of nuclear confrontation, saying he grew up in India, 18 miles from the Pakistan border, during the last war between the two countries, and there were blackouts every night to prevent air raids. The countries weren’t nuclear powers in his boyhood, he said. Now they are. And they’re in conflict again.

Pozzi’s presentation was the 23rd annual Walker L. Cisler Lecture, a series sponsored by a generous gift from the Holley Foundation, where Cisler served on the board for many years. Cisler, CEO of Detroit Edison Co. from 1954 to 1971, enjoyed a career that spanned a lifetime of personal, professional, civic, and business accomplishments. As an international ambassador for the American electric utility industry, he worked closely with heads of state both in the United States and abroad, including leading the rebuilding of the European electric grid after World War II. As a tireless, dedicated humanitarian, he strived to improve the quality of life for people everywhere.

Past Cisler Lecturers have included Nobel laureates, university presidents, professors from Harvard and CalTech, and science writers from The New York Times.

Physics Matters! It’s the Study of Everything.
[ Read More ]