LTU finished first among 36 college teams in the global event, held in early June at Oakland University in Rochester.

From left to right above are Holly Helterhoff, director of the LTU ASUD Scholars Program and senior lecturer in humanities at LTU; Dean Grace; Marilyn Wiseman, administrative assistant in the LTU Department of Mathematics and Computer Science, who handled purchasing of all vehicle components; LTU computer science student Nicholas Paul, who will be a team member in 2017; Dean Moore; IGVC team faculty advisor CJ Chung, LTU professor of mathematics and computer science; Provost Vaz; Gordon Stein, IGVC team captain; President Moudgil; James Kerns, LTU robotics laboratory instructor; and team members Fan Wei and Yuan Lei. On the video screens in front of those attending the event were team members Devson Butani, Nithin Reddy and Nirmit Changani, who attended via Skype from India, where they are spending the summer.

Stein, of Oak Park, is a May graduate of Lawrence Tech with bachelor’s and master’s degrees in computer science. Stein, team captain, also participated in Lawrence Tech’s Robofest robotics competition since he was in middle school. Li and Wei, from China, are both master's degree students in computer science, and both were software developers for the team. Butani, who just completed his freshman year of studies in Mechanical Engineering, was in charge of mechanical parts for the team. Changani, who just completed his freshman year in robotics engineering. worked on mechanical parts for the team. Reddy, who graduated in May with a master’s degree in Mechanical Engineering, also worked on mechanical parts.

Along with Chung, advising the team was Jonathan Ruszala of Lyon Township, who works for General Motors and now serves as an LTU adjunct faculty member after earning a master’s degree in computer science from LTU.

Team members were presented with commemorative certificates and trophies congratulating them on the championship.

To view a video of Bigfoot2 in action, visit https://www.youtube.com/watch?v=eYviBKA0Jmc&feature=youtu.be. More about the team, including photos, at https://www.facebook.com/LtuIgvcTeamHome/timeline. 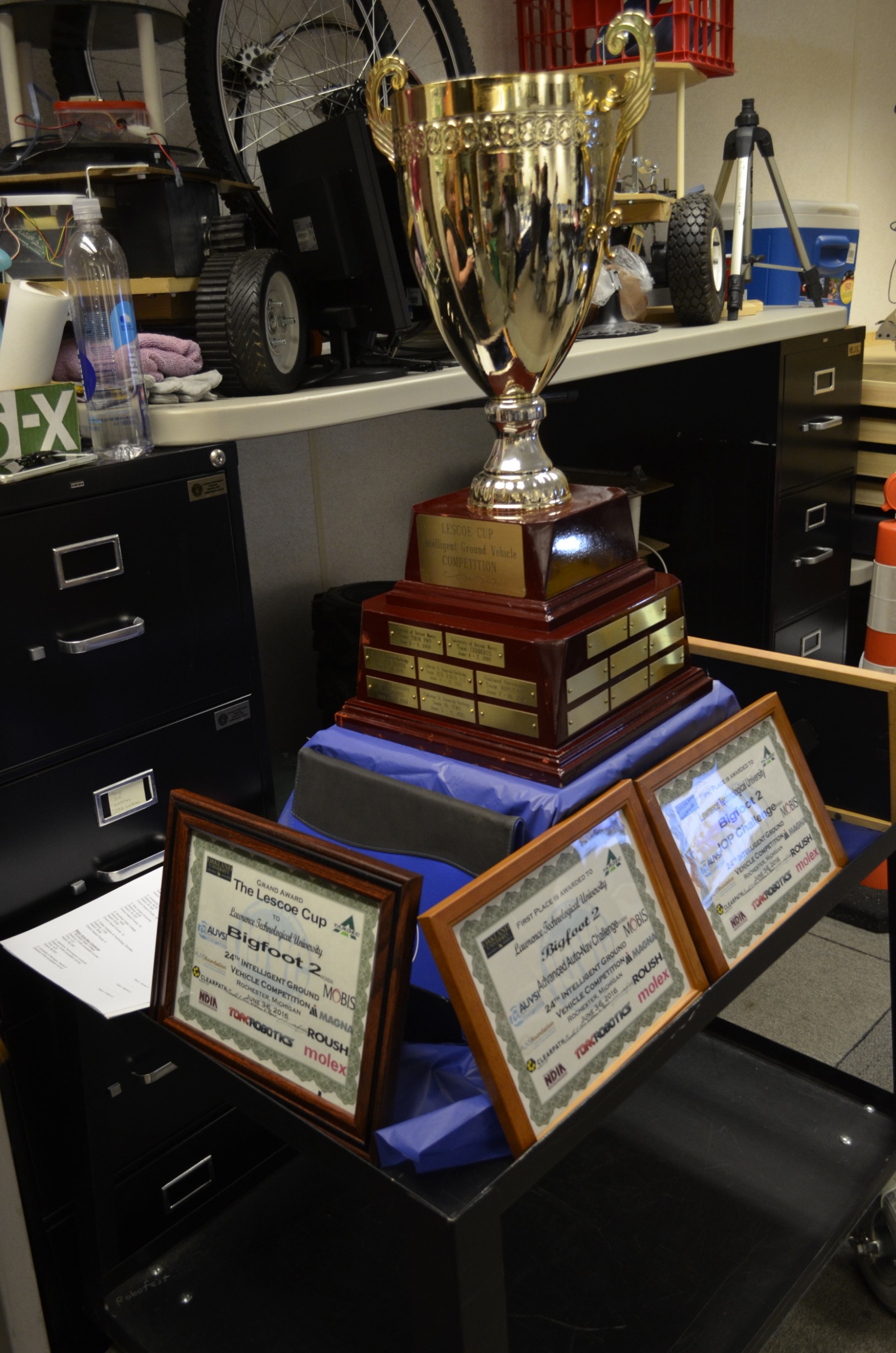