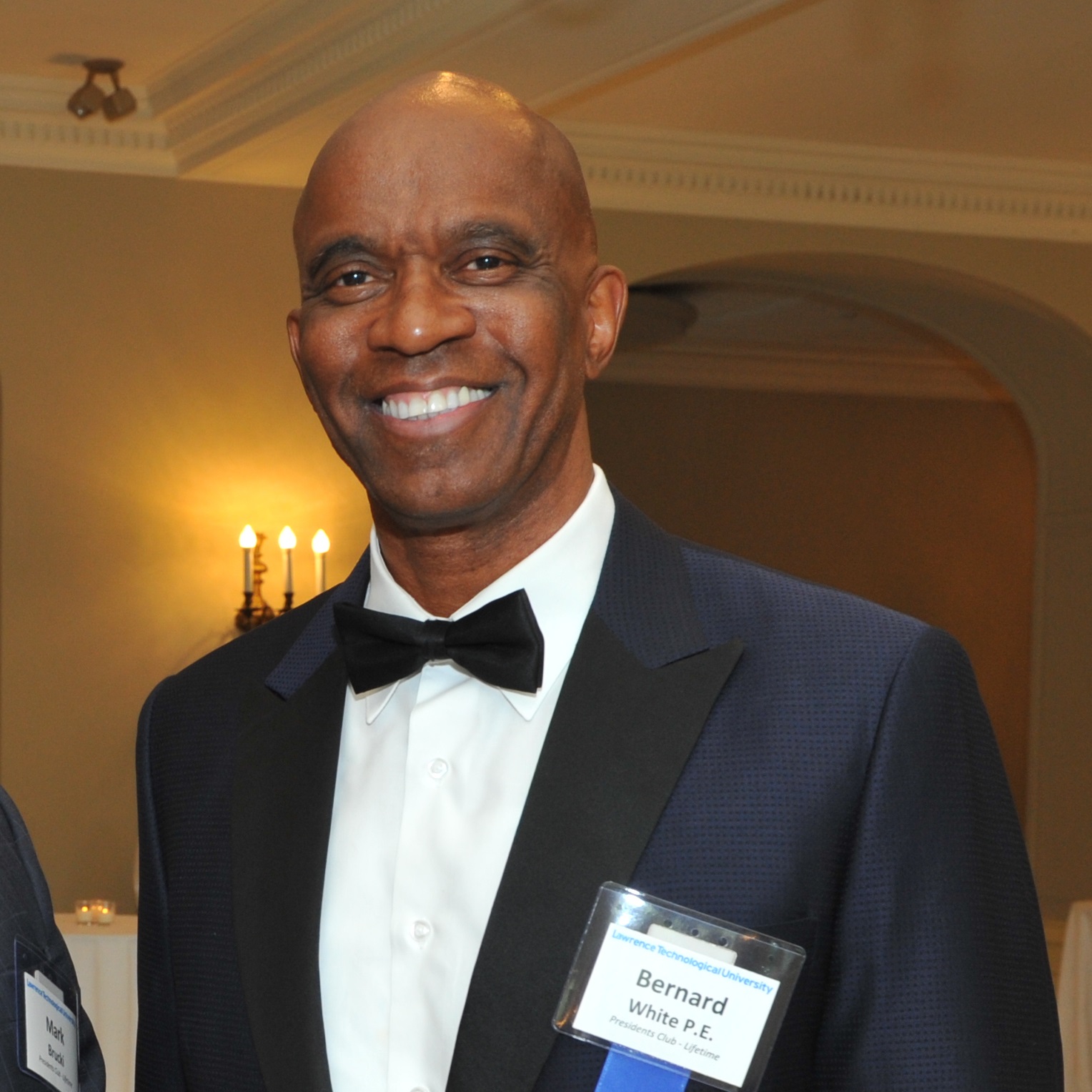 Bernard White believes there are three phases in one’s life. You learn, you earn, and then you reach a point where it’s time to “give back”—to think about how you can help support the next generation.

White spent the early years of his “learning” phase in Detroit during the 60s and 70s, where his mother raised him and his siblings on her own. From a young age, he was determined to make something of himself and began working as a Draftsman for Detroit Water and Sewerage Department right out of high school. He recognized his talents as a draftsman but knew that, if he wanted to be truly successful, he’d have to get a college degree.

“I just couldn’t afford to go to a Michigan or Michigan State,” he says. “So I worked full time during the day and scrambled to save everything I could to be able to attend Lawrence Tech at night.”

And his story is a common one; many Lawrence Tech alumni could only attend classes part-time while working and raising a family. But White believes the years of hard work, having time for nothing but work and school and missing out on the “youthful enjoyment” that his peers took for granted, were all worth it in the end. “Looking back, I have no idea how I did that,” he laughs. “I busted my tail but I had no choice. It was either do that or work in a factory—or God knows what!”

In 1989, he stepped out on his own to form White Construction. And the rest, as they say, is history. The company’s notable projects in Detroit include Campus Martius, Comerica Park, Ford Field, Detroit RiverWalk, Detroit Wayne County Port Authority, New Mumford High School, Q-Line stations, and the freshly minted Little Caesar’s Arena—the new home of the Detroit Red Wings and Pistons. With his son and fellow alumnus Donovan, BSCE’08, poised to lead the company, White is looking towards the future and how he can use his own experiences to motivate young African-Americans, especially those coming up in Detroit Public Schools with an interest in STEM (Science, Engineering, Mathematics, and Technology) careers.

“I like to go to the schools in Detroit and talk to the kids,” he says. “I ask them what they want to be when they grow up and 90% of them want to play basketball or be a rap star. But I want them to understand that there are more roads to success than that for them, if they work hard and get an education like I did.”

White is passionate about helping those who are willing to help themselves, especially others in the African-American community. In addition to establishing the W. Bernard White Education Foundation scholarship fund intended to provide tuition and textbook support to African-American students at LTU, he also makes an effort to support other African-American owned businesses, both personally and through his company.

Beyond providing students with the additional financial support they may need to make ends meet, he hopes to serve as an example of what you can accomplish when you work hard, regardless of where you came from. “There’s nothing special about me,” he says. “But if I can be a beacon for these students and show them I was in their shoes and that there are opportunities for them to succeed if they put in the work, I’m very proud of that.”

What are you passionate about supporting at Lawrence Tech? Do you want to inspire others to contribute to the university? We’d love to hear from you!