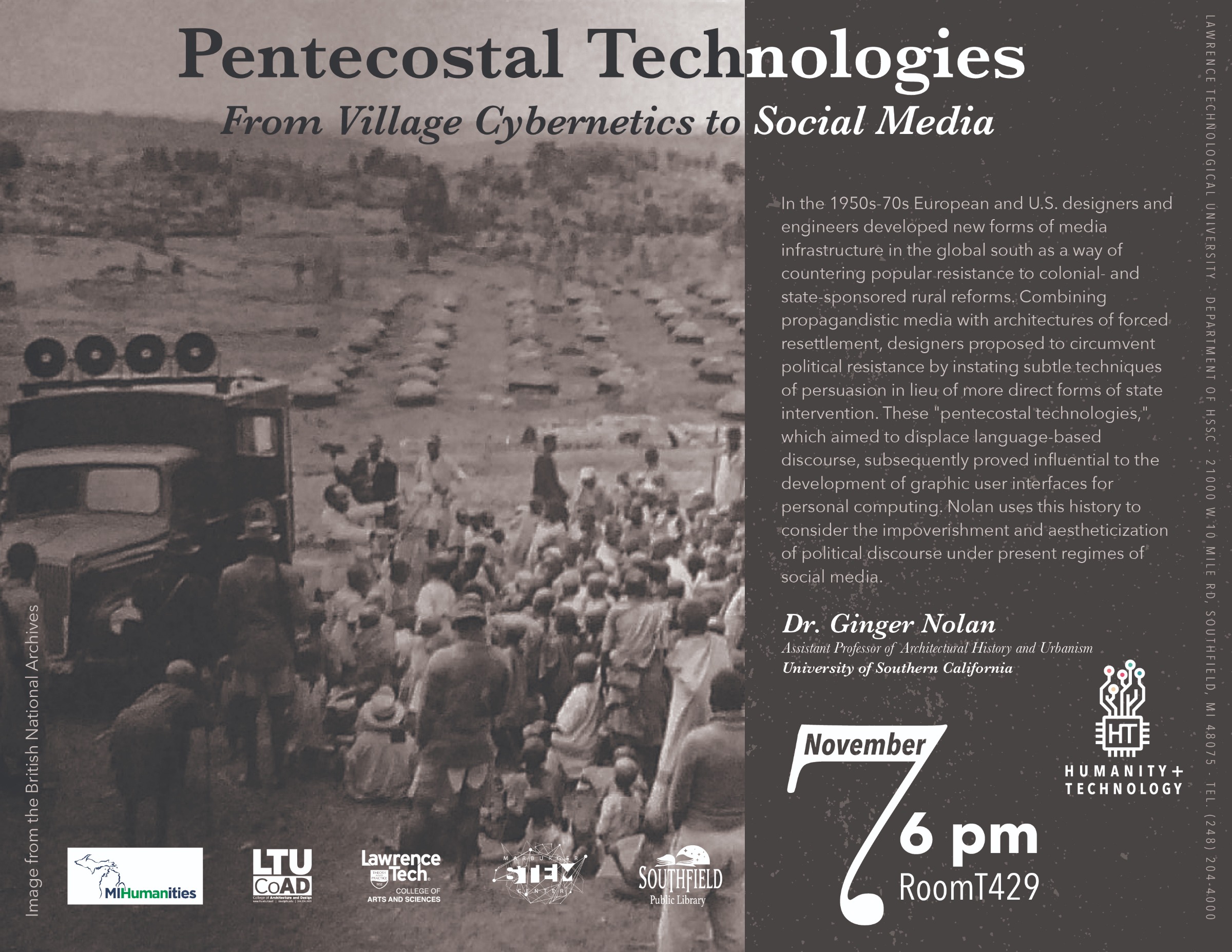 Abstract: In the 1950s-70s European and U.S. designers and engineers developed new forms of media infrastructure in the global south as a way of countering popular resistance to colonial- and state-sponsored rural reforms. Combining propagandistic media with architectures of forced resettlement, designers proposed to circumvent political resistance by instating subtle techniques of persuasion in lieu of more direct forms of state intervention. These "pentecostal technologies," which aimed to displace language-based discourse, subsequently proved influential to the development of graphic user interfaces for personal computing. Nolan uses this history to consider the impoverishment and aestheticization of political discourse under present regimes of social media.
Bio: Ginger Nolan is an assistant professor of architectural theory at the University of Southern California. Her scholarship examines intersections between nootechnologies, design aesthetics, and constructions of race.
Nolan is the author of The Neo-colonialism of the Global Village (University of Minnesota Press, 2018), which examines the influence of colonial technopolitics on Marshall McLuhan’s conception of “the global village”. She has a second book forthcoming from the University of Minnesota Press provisionally titled “Savage Mind / Savage Machine: Design, Technology and the Making of Magical Thought”. Her articles and essays have appeared in Grey Room, Architectural Theory Review, The Journal of Architecture, Perspecta, Log, Volume, Thresholds, Avery Review, and e-flux.
Ginger Nolan YouTube Video
© 2020 Lawrence Technological University   |   Privacy Statement
This site uses cookies to provide you with a better experience. For information on LTU's cookie policy, please visit this page. By continuing to use the site or closing this banner, you are agreeing to our terms of use.