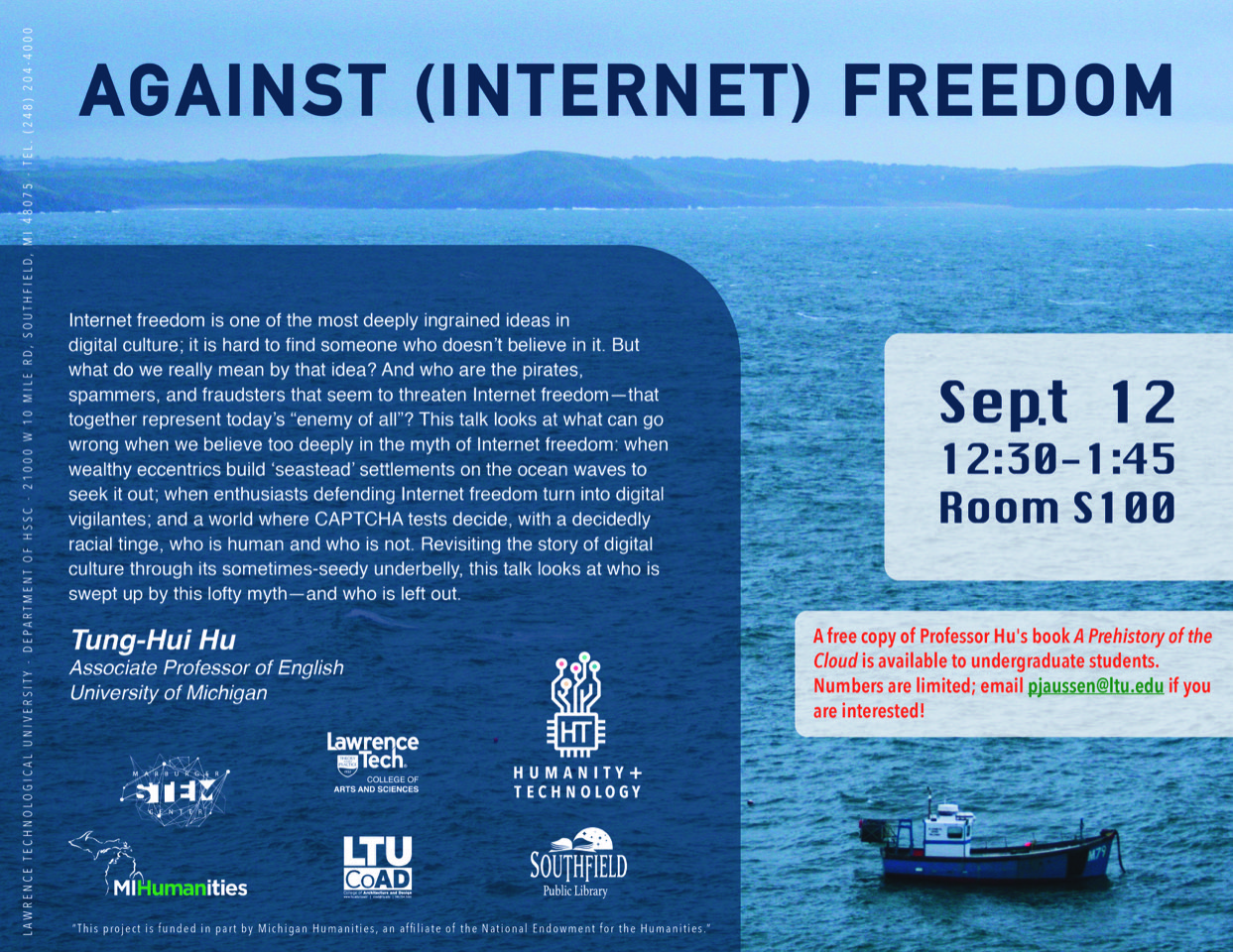 Against (Internet) Freedom
Prof. Tung-Hui Hu, University of Michigan
Humanity+Technology Lecture Series
Lawrence Technological University
September 12, 12:30-1:45, Room S100
Abstract: Internet freedom is one of the most deeply ingrained ideas in digital culture; it is hard to find someone who doesn’t believe in it. But what do we really mean by that idea? And who are the pirates, spammers, and fraudsters that seem to threaten Internet freedom—that together represent today’s “enemy of all”? This talk looks at what can go wrong when we believe too deeply in the myth of Internet freedom: when wealthy eccentrics build ‘seastead’ settlements on the ocean waves to seek it out; when enthusiasts defending Internet freedom turn into digital vigilantes; and a world where CAPTCHA tests decide, with a decidedly racial tinge, who is human and who is not. Revisiting the story of digital culture through its sometimes-seedy underbelly, this talk looks at who is swept up by this lofty myth—and who is left out.
Speaker Bio: Tung-Hui Hu is the author of A Prehistory of the Cloud (MIT Press, 2015), which The New Yorker described as "mesmerizing... absorbing [in] its playful speculations," as well as three books of poetry, most recently Greenhouses, Lighthouses (2013). A recent NEA and Berlin Prize fellow, Hu is an associate professor of English at the University of Michigan.