Anthony Case is the Director of Bands at Lawrence Technological University. Mr. Case directs both the Lawrence Technological University Blue Devils Pep Band, which made its debut in 2013, and the Marching Blue Devils, which premiered during the 2018 football season at LTU. These groups perform at a variety of events on campus, including but not limited to: Convocation, Homecoming, Commencement, football games, basketball games, hockey games, and more.

Mr. Case is a two-time graduate of Oakland University in Rochester, Michigan where he earned his Master of Music degree in Instrumental Conducting (Wind Band Emphasis) as well as a Bachelor of Music degree in Music Education. While at Oakland University, he served as the graduate assistant director of the Oakland University Golden Grizzly Band under the direction of Kenneth Kroesche, and also as a member of the Oakland University Wind Symphony under the direction of Dr. Gregory Cunningham. He also worked as the cover conductor of the Oakland Symphony Orchestra during this time. In addition to these endeavors, Case also has experience teaching at all levels in public schools. He was director of bands at Carter Middle School in Warren, Michigan. Case has also been a private brass instructor throughout Metro Detroit as well as an instrumental instructor for various high school bands.

Case continues to work throughout the Metro Detroit area as a conductor, clinician, musician, drill-writer, instructor, panelist and adjudicator. 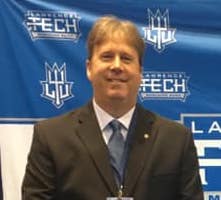 Brian Roelandt is the Assistant Director of Bands at Lawrence Technological University.

Mr. Roelandt also performs on the saxophone professionally in several local bands and continues to work as an adjudicator, clinician, and private lesson instructor